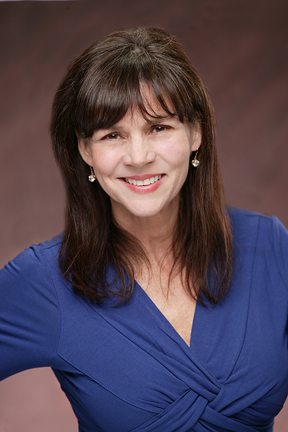 Options For Women and Men has been catering to their clients' in Traverse City since 1986. Owned by Debra Plucker, Options philosophy is to provide quality service in a casual, relaxed environment.

Debra Plucker, owner of Options For Women and Men, one of Traverse City's most respected hair salons. Established in 1986, with 25 employees, located down town on West Front Street.

In 1992, when her son Seth was only three month old, she realized that sending him off to day care was not the answer for her. So the wrenching decision to move the salon into an addition on the rear of her home at, 839 East State Street was born. And in the end this move has been the best decision to date.

Debra's initial training began at Suncoast Beauty Academy in Clearwater Florida. After practicing hair dressing, while attending college in Panama for two years, Debra moved to Michigan and began her career in earnest. While finishing both her college degree and advanced training in hair design, she studied at Pivot Point International in Chicago, Vidal Sassoon in London, California, and Toronto, Canada. Also received advanced training at Horst in Minneapolis and studied haircolor with Clairol, Goldwell International, Aveda and Dickson Color in Italy. During this time she was able to work with the finest stylist in the area and participated in fashion shows, benefits, productions of many kinds, and donated time to the local theater group for hair and makeup design.

Debra has taught haircolor to many stylists of Northern Michigan salons for a period of two years with Goldwell International Haircolor. Debra continues to take advanced training classes on regular basis.

I have known Debra for many, many years and she is in my estimation a hair styling genius. She cut my hair starting when I was in high school and during my first two years of college - I then married a military man and spent the next 25 plus years traveling the world. NO ONE I encountered during that time could give me a cut or style that was on par with Debra's (regardless of price point). I have been fortunate to reconnect with her recently as my husband and I start our transition from Washington DC to retirement in northern Michigan. We're both a tad older, but she still has mad skills!